In addition to our core team of artists, Radiator is also fortunate to benefit from the knowledge,
experience and enthusiasm of our associate members and volunteers. 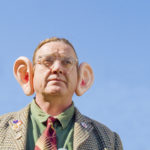 Peter Quinnell
Peter studied at Chelsea and the Royal College of Art and has since worked as an artist, educator and illustrator. He likes making costumes and installations and has been a member of Radiator Arts since its foundation in 2001. 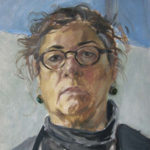 Jane Bruce
Jane completed a BA in Textiles at Camberwell College of Art and a post-graduate course in theatre design at Croydon College of Art and has since worked across a wide range of media, Television, documentary and feature films, arts projects and opera.
Within her private practice Jane paints portraiture and has exhibited at the National Portrait Gallery as part of National Portrait Prize. Painting has always underpinned her other work.
Since 2001 she has worked with Radiator Arts, both as artist and project manager, creating large-scale theatrical performances that often take place in unusual sites, frequently outside and which are experimental in nature. 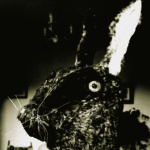 Hilary Turner
Hilary worked as a graphic designer in publishing for many years before moving to Hastings where she now focuses on her own practice designing and hand-printing textiles, wallpaper and up-cycling furniture. Within Radiator Arts she has been integral to recent project ‘Hermit’, which incorporated her song writing, singing and shadow puppetry skills. 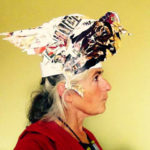 Mary Hooper
Mary is a visual artist working in mixed media as a sculptor and with audio installation. Her work is strongly research based and develops out of the assimilation of ideas and experience.
In addition to being a member of Radiator Arts, Mary has an established collaborative artistic practice with Elise Liversedge. She has created permanent public artwork and temporary installations, both to commission and through self initiated, grant-funded projects. She also has considerable experience making props and costume for indoor and outdoor performances. 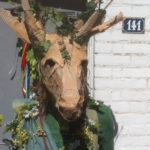 Rebecca Child
Rebecca is a designer/ maker and arts educator from Hastings. She makes Props,costume props, set and set dressing for theatre and film. Rebecca has a studio in Hastings Old town where she makes felted creatures, puppets, dioramas and head pieces. She has a BA hons in from Brighton University in Art and Design. She has been with Radiator Arts since 2010. 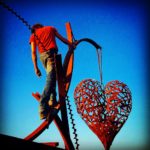 Leigh Dyer
Leigh is a sculptor and blacksmith, working with metal since 1998. Primarily self-taught, his work can be seen throughout the local area and he is in demand for both public exhibition pieces and private commissions. Leigh has exhibited in the UK and USA. 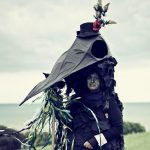 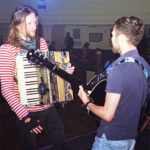 Chris Embury
Chris is a musician and songwriter. He plays guitar, piano, drums, accordion, mandolin and his music often features dark or comic fairy tales. In addition to his own practice Chris is a community musician, working with a diverse range of groups including adults with autism, drug rehabilitation centres, young offenders institutes and people with special needs. Alongside his work with Radiator Arts he provides music for Theatre Rotto Puppet Company and sings and plays with the Ingrid Pitt Orchestra. 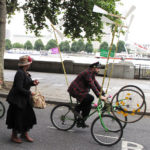 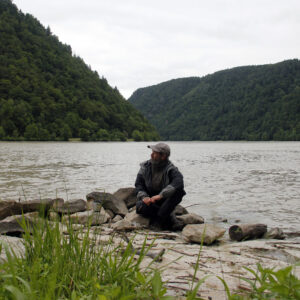 Laurie Piper
Studied at Hastings College of Art and Design and West Surrey College of Arts and Design.He participated in the mentoring project that led to the foundation of Radiator Arts and works across various media. Site specific installations are one of his favourites. He has a great love of the environment and the natural world and has been known to disappear into the woods and hills for long periods. 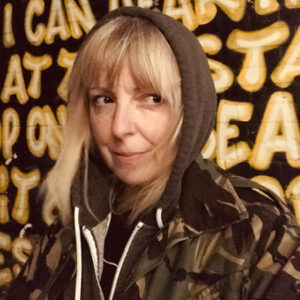 Imogen Andrews
Imogen is a multi-media artist and event organiser with a background in music and theatre. She has been creating inclusive community events and immersive theatre experiences for over 15 years, in her home county of Surrey and joined Radiator Arts after relocating to Hastings in 2018. She currently runs workshops and art classes for all ages and abilities, favouring upcycled materials.